The European Union is made up out of 28 independent, expensive and inefficient armed forces.
How can politicians justify this in these times of austerity? How can Europeans accept this negligence?

EP2014 is a crucial election for the future of Europe

The European Parliament is a institution that won't determine the future of Europe, still the European elections in 2014 will be one of the most important elections ever in the history of Europe.

The Elections in 2014 is the only way, at the moment when all European citizens have the chance to make a mark and say what kind of Europe they want to build. It is an opportunity that we citizens cannot miss or take lightly upon.

Europe is facing major structural changes. It is necessary changes but they need to be driven by us citizens if Europe shall stand strong. The election next year is therefore crucial.
Politicians first priority must therefore be to greatly increase the turnout.

Are EU failing? No, but the integration has outgrown EU systematics and structure

5 years of crisis in Europe have created a media image that often shows the image of a failed European project.
The crisis is very real to most people but the media image is far from true.

European integration has had over 60 years of unparalleled success when it comes to creating peace, stability and economic development in a troubled part of the world.

But why has Europe failed to alleviate the consequences of the global financial crisis?

It is clear that Europe lacks the effective governance that today's level of integration along with the globalised world requires.
In other words, European integration has outgrown its own costume.
Few European leaders have accepted this fact.

What needs to be done so that Europe will get that required, effective governance?

The sentences go apart, but most of those who are familiar with the conditions for Europe, agree that the solution is deeper integration in some areas. Especially in the banking and financial markets.
Europe's federalists, sees the need for a political union in order to create effective control and governance of our common interests. Even among federalists there are different views on how a federation would look like, but the strongest voices speaks of a federation of citizens, not by States which, among others, the commission president advocated for in his State of the union speech in 2013.

Europe will be reformed and the debate is well under way among politicians but particularly among concerned citizens. What kind of Europe do we want to build? What clothes suits the future of Europe and its citizens?
Take part in the debate and contribute with your voice. Only if we do, we can build the Europe that the future and our children deserve.

We can only have one citizenship

As the integration in the European union has deepened and through the expansion of the EU, we have seen a two-speed union emerge.
At the same time, several proposals from both national and European leaders say that the Union should consolidate different levels of integration within the framework of the Union in order to be able to move integration further.
The core of the Union would be fully integrated in some form of a political union, followed by multiple levels of lower integration around that core. Proposals for a second Parliament for the eurozone has also been on the table.
What does this mean in practise and what are the consequences for the Citizens in a Member State residing in the periphery of the unions integration? Well, we can already see how different levels of integration has consequences for individual citizens. Citizens from Romania and Bulgaria have been denied access to Schengen and have openly been targeted as social tourists at the same time as some national leaders advocates for a limit on their freedom of movement and other rights of European Citizens. The very foundation of the European citizenship, namely the right to live and work throughout the Union is threatened. Taken together this has already created different levels of citizenship.

What we see here is a tendency towards a first and a second-class citizenship. It is a unacceptable development!
There are also national Governments that actively and openly, not only trying to counter deeper integration but also seeks to reverse integration, which in turn made integrationists come up with a counter proposal, a new form of membership, called associated member for those Member States who feel integration has gone to far.
The consequences this would bring to individual citizens is alarming. In a strong and United Europe all citizens must have the same rights and the same opportunity's. Something that seems to call for a European Constitution. The Member states that through democratic processes choose to remain outside the necessary future integration should instead leave the union as a hole, with the option to fully join the Union at a later time.
Otherwise, Europe are at risk of consolidating various levels of citizenship permanently. 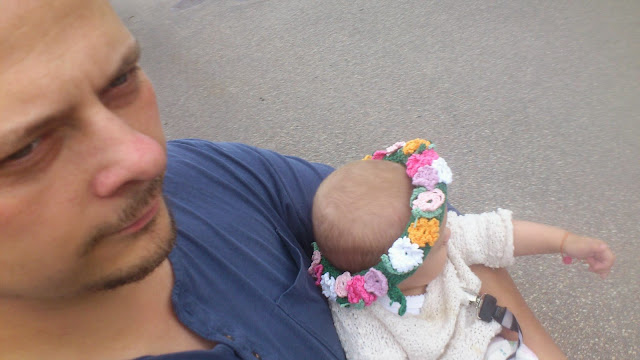 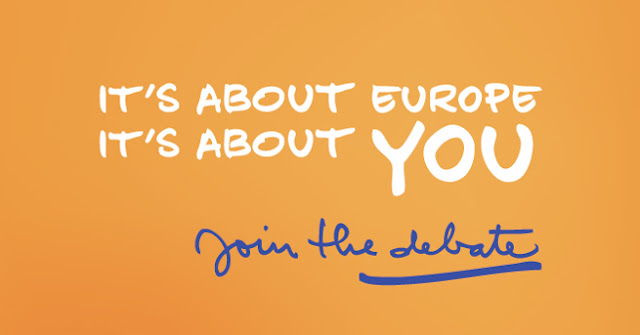 Welcome to my newly born blog,
About Europe!

Why now? It's simple! Europe needs it, not necessarily my voice, but it needs you and me to get involved in European affairs. Our future depends on it. Europe will change and that change must come from the people. It doesn't matter if you agree with my thoughts or not. The important thing is to get involved and join the debate.

This is not a academic blog or a blog for scholars. It is a blog for you and me. I hope you will get inspired to join the debate about our Europe.